I patrol dangerous areas looking to keep others safe. I also defend freedom. This is a website with all kinds of interesting info about me and the groups I created, and also a way to contact me.

Let's save the world from evil!

Hello. My name is Tothian, and I destroy evil. I was born on a mission to protect others and save the world from evil. I have known my mission from an early age. I've studied the ways of the Warrior, Ninja, Samurai, Hero/Superhero, and even of the Jedi - in real life, from an early age.

At 16, graduated from a military school known as the New Jersey National Guard ChalleNGe Youth Program. At 17, I enlisted in the U.S. Marine Corps Reserves, as an Infantry Machine Gunner. I served for 5 years until 2007, then inactive reserves until 2010.

Some other areas I have some knowledge or experience in is criminology, psychic abilities, martial arts, philosophy, strategy, tactics, leadership, and politics.

After years of searching the internet for others like me, I found other real life Superheroes on the internet in 2006, many of which I've gotten to meet and work with in real life. In February, 2007, after months of planning, I created the Heroes Network as my way of helping the real life superheroes to network with those they needed to work with in order to achieve their goals. In 2016, I also created a group known as the Oracle Knights, which is a group of psychic warrior real life superheroes.

I'm here to do my part to help those in need. And if I can't help someone myself, I'm usually really good at helping find exactly the right people who can help.

My war is against evil.

The Art of Peace

The Art of War, by Sun Tzu

Batman and Philosophy: The Dark Knight of the Soul

Code of the Samurai: A Modern Translation of the Bushido Shoshinshu of Taira Shigesuke Tuttle martial arts, by Thomas Cleary and Oscar Ratti

The Complete Idiot's Guide to Leadership

The Forensic Files of Batman

The Military 100: A Ranking of the Most Influential Military Leaders of All Time, by Lt. Col. (Ret.) Michael Lee Lanning

On Guerrilla Warfare, by Mao Tse-tung

*Any book on the U.S. Presidents

The Psychology of War, by Lawrence LeShan

Rise of ISIS: A Threat We Can't Ignore, by Jay Sekulow

The Warrior Within, by Bruce Lee

Watchmen and Philosophy: A Rorschach Test

Zen in the Martial Arts

This page is used for donating to Tothian. There are various personal and professional uses the funds would be used for. But to donate, you hereby agree that Tothian himself alone decides how the funds are used, and that there can not be any refunds. 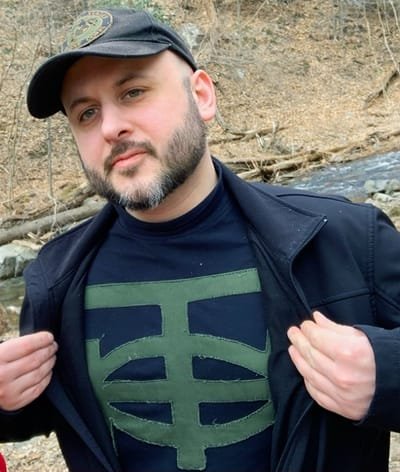